Former Residence of the Kinoshita Family

A modern Japanese residence built in the sukiyazukuri architectural style 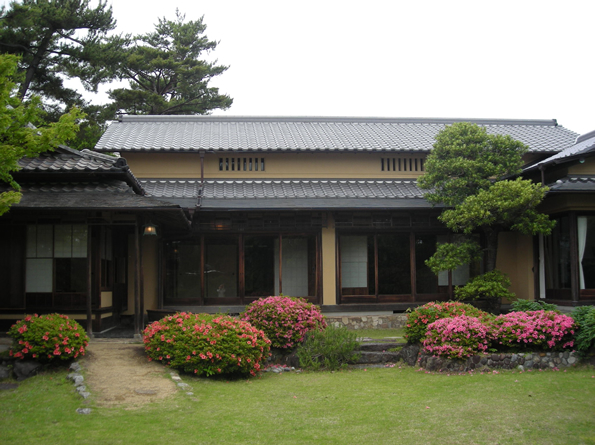 The Former Residence of the Kinoshita Family is a modern Japanese residence that was originally completed as a private residence in 1941 for a man named Ryosuke Matano. It came into the Kinoshita family’s (Mr. Kichizaemon Kinoshita’s) possession in 1952, and in 2000, the bereaved family of the late Mr. Kichijiro Kinoshita donated it to Hyogo Prefecture. It was registered as a national tangible cultural property in December 2001, as it has almost completely retained its appearance since its establishment, while other Japanese residences in Osaka and Kobe have been gradually disappearing since the Hanshin/Awaji Great Earthquake.
Enjoy the leafy front garden and courtyard that harmonize with the adjacent Maiko Park, where the garden layout from the time of the residence's founding remains intact.

Gooigle Street View How the inside looks