A monument to honor the “father” of Akashi-Kaikyo Bridge 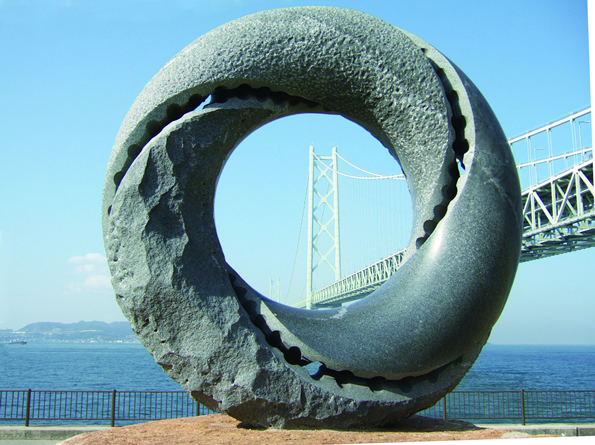 The Akashi-Kaikyo Bridge is the embodiment of half a century of technology. This monument was erected in the year of the fifth anniversary of the bridge to honor the great achievement of the “father” of the bridge Dr. Chujiro Haraguchi (the 12th mayor of Kobe City). The Moebius strip made of rock with three different types of surface represents people, nature, and science. It also represents the main island of Japan, Awaji Island, and Shikoku, which are connected by the Akashi-Kaikyo Bridge. These three layers harmonize well, expressing hope for development in the future.